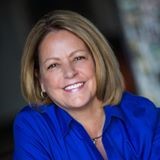 Thank you for inviting me to be the featured CWOW member this month. It’s an honor. In thinking about what may be interesting, I thought I would answer a question I often receive:  what inspired me to write and publish two books within a year?


It’s a bit of a story. Unlike many authors, I didn’t always write, nor did I yearn to write. In fact, the opposite was true for me; fear of judgment discouraged me from writing. Judgment from my mother, an English teacher and a strict perfectionist who demanded excellence in everything, especially writing.


In spite of the circumstances, my love of reading led to my first profession, teaching English at the high school level. Teaching laid the foundation for my career, which ultimately resulted in twenty-five plus years in various corporate environments as a Human Resources leader. Naturally, during my career I wrote a great deal, including proposals, papers, and communications of all kinds. But never anything creative, I never even journaled.


Almost two years ago, our Pastor handed out little pieces of paper during his sermon that said, “ENOUGH.” He questioned our inane desire to accumulate things when we already have the one thing that is needful. Just as Mary choose to worship at the feet of Jesus rather than be distracted by the world, so must we choose what is most important. (Luke 10:42) It struck a nerve.


Shortly thereafter, I made the decision to leave my position of ten years. Unsure of my next move, I focused my energy on a burning desire. Ever since the Lord provided a son for us through a miraculous adoption, I believed He wanted me to share it as an encouragement to others. I had tried to write the story many times without success. I signed up for retreat that promised, “Write your book in a weekend!” 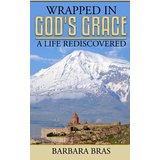 The three-day retreat required nonstop writing, first in long hand, then on the pc. Amazingly, at the end of the third day I had not only finally written the story of the miraculous adoption, I had shared the incredible disappointment and heartache of the years that followed, all captured within the context of my life and the life of my ancestors. Wrapped in God’s Grace, a Life Rediscovered had materialized. I felt a great release and I thought that would be the end of my writing. 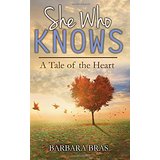 Over the next few months as I edited the book, I followed the system of editing for 45 minutes, and writing new material for 15. What emerged during those 15 minute segments became Cassandra’s story, or She Who Knows, a Tale of the Heart. The story unfolded in front of me, inspired by the woman who supervised my student teaching in Honolulu back in 1977.


Barbara Robinson was an inspiration to me both as a teacher and as a person. As we worked together that semester, she shared many stories and took me under her wing. She told me the story of how her grandmother, a musician, had come to islands and married her seafaring grandfather. She spent a great deal of her childhood isolated in the mountains on Maui, presumably to recover from an illness. When finally allowed to return to school years later, her years of isolation and her archaic English made for a lonely life. She also believed she that she had an usual gift, which she decided was better left unused.


So what began as an effort to share my story and encourage others has developed into a love of writing and a desire to serve the Lord through my new passion.

Posted by Christian Writers of the West at 10:14 PM 4 comments:

Email ThisBlogThis!Share to TwitterShare to FacebookShare to Pinterest
Labels: A life Rediscovered, a Tale of the Heart, Barbara Bras, She Who Knows, Wrapped in God's Grace
Newer Posts Older Posts Home
Subscribe to: Posts (Atom)